Driving while under the influence of alcohol or alcohol is a serious offense in many states. You can get a serious jail sentence or pay a lot of expensive fines. Hiring a DUI lawyer is a good idea because they have the expertise to help you in the courtroom and through the legal conundrum. Here are some of the reasons when you need to hire a DUI lawyer.

1. When Making A Plea Bargain For A Reduced Sentence

As the defendant, you can take advantage of a plea bargain during a DUI case. It means that you should plead guilty to the charges and get a few others dismissed or for a sentence reduction altogether. It’s a viable option but you need to use a DUI attorney for the negotiations.

Also, you can take advantage of the sentence bargaining where you will plead guilty but with an advance plea bargain of your punishment. It’s a good idea to accept the plea bargain if you have been accused of strong charges. If it’s very easy to prove your fault during the case, a DUI attorney will help you out.

2. If Your Driving License Is About To Be Suspended

If your license is suspended, you will have a lot of hassles and inconveniences in your day to day life. Here, you need to hire a good DUI lawyer to help negotiate the license suspension for a shorter period. That way, you won’t have to go for a long time without your license. You can choose a plea bargain in the case and avoid any license suspension altogether. Of course, you can opt for community service before your license is reinstated.

3. If there Are Procedural Problems With Your Arrest

It’s very difficult to get a DUI charge dropped completely but it’s not completely impossible. For instance, if there were some procedural issues with your arrest, the charge can be dropped completely. Let’s say the cops didn’t read your rights to you at the time of the arrest. Also, if you failed the field sobriety test but didn’t have anything to drink.

Therefore, if you feel the arrest was unwarranted or the police didn’t follow the proper protocol, a DUI lawyer will come in handy. Keep in mind that these attorneys have the best knowledge of the state laws. They can check the arrest report and the circumstances around your DUI to know what’s amiss. If these procedural problems are brought in front of a judge, there’s a huge chance that the case will be thrown out.

If this is not the first DUI offense, you need to hire an attorney. Another DUI record will bring serious punishments. There’s a huge chance of going to jail, permanent license suspension and many years of probation. If you don’t have the attorney by your side, you are likely to face the maximum sentence on the offence. Judges don’t show a lot of sympathy to multiple DUI offenses so choose a good attorney with the best reputation for the best results.

It is true that accidents do happen when we don’t expect them to. Some happen and we accept them as unavoidable but others occur because somebody was not acting responsibly. These accidents may happen on roads because one was not careful enough or was outright negligent. This is especially so when one is involved in a road accident. The driver might have been driving under an influence or even decide to take an unnecessary risk and that, therefore, lead to an accident.

This also happens when one visits a commercial or commonplace for the public that has slippery floors. The owner of the property has an obligation to notify you that the floor is slippery and that you should take care when you are walking within the property. There are endless cases of ‘slip and fall incidents.’ They also include intentional blockage of public passage. When one drops something in the passage and an accident occurs, the complainant has a right by law to take legal action against the person who is responsible.

Getting justice is the next step. Accident lawyers are legal practitioners who have specialized in making sure that one gets justice should the person be injured due to the negligence of another party. There are ways which one can prove that he or she was injured. The first one is proof of physical or internal injury. Another one is trauma where an accident causes one psychological stress; only a doctor can prove these two. It is part of the defense that is vital and integral for the case. Immediately after the accident happens, it is good for one to start the evidence collection process. This includes taking photos. This is the best way of preserving the physical scenario of how things were in the accident. The second step is hiring the best injury lawyers.

Even though the best come with their own special price tag, it is only through the best that you will be able to win cases like these. One of the criteria that one should base selection is the court presentation skills of the lawyer. The accident lawyer should have the ability to use the evidence in a way that will persuade the jury that one party was responsible for inflicting the injuries on the client. One should also be able to prove that the accident occurred due to the negligence of the accused party. This is always where the law has its base and this is the burden of proof that both parties will try their best to base their arguments on.

One should check online for such firms. The best slip and fall or car accident lawyer firm will have its profile well done giving details of past cases and how they were concluded. It should also show the expertise of its lawyers while at the same time demonstrate its investigation abilities. These are some of the things that one should check out when hiring an accident lawyer for such cases. The firm should have sharp negotiators should the defendant decide to a gentleman’s agreement, which is usually settled outside of the court system. 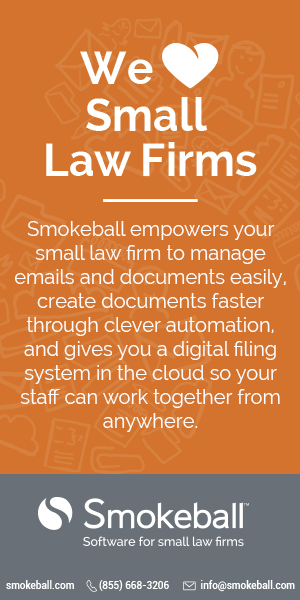